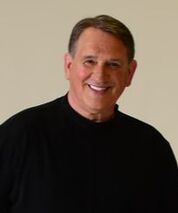 Mark grew up in Dayton, Ohio, and graduated from Wright State University with degrees in History and Speech. He has lived in Philadelphia, Chicago, Boca Raton, Ft. Lauderdale, L.A., and Lebanon, Ohio.

Before turning his talents to writing, Mark enjoyed a successful career in commercial real estate with CBRE, having served on that firm’s Operations Management Board and then as CEO of Prudential CRES Commercial Real Estate Services.

In 2009, with the founding of Donahue Literary Properties, LLC, his first novel Last at Bat was published in hardcover, followed in 2014 with a re-edited paperback version. He has completed five more novels, with two more coming.  He also has written eleven screenplays, many based on his novels: Last at Bat, Golden Reich, Fat Girl, War College, STATS, Call Me Jesse, Answer Man, New York Dirt, Second Serve and The Farm.

In his spare time, Mark plays baseball and has been a member of five MSBL World Series Championship teams. He plays tennis, can sometimes break 80 in golf, is able to jog three miles with a tail wind, and tools around in his triple-white 1967 GTO Convertible whenever possible.

Mark resides in Dayton with wife Marsha,  Mika the Wonder Dog, and 'Boss of the House', Rocky the Cat.

​Donahue Literary Properties LLC, 2019, all rights reserved.
Contents of this site including text and media may not be reproduced without prior written consent.
​Audio and video elements of this site are property of their respective owners and are used with permission.
Any views, opinions, or information contained in articles or links to articles and other websites posted on this site by third party author(s) are solely those of the author(s) and do not necessarily represent those of this website.