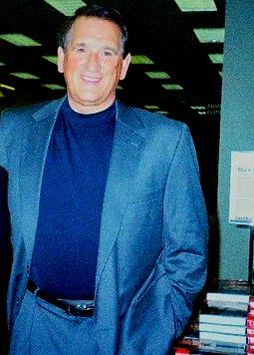 While Mark's first book, the internationally (and critically acclaimed) last at Bat, was published within months of completion in 2009, he was no 'overnight success'.

Excelling at creative writing in high school (and later college), Mark received constructive criticism and encouragement from a man who would become his first, and most memorable mentor, Mr. _________  __________.
​
While the necessity to support his young family took precedence during his twenties and thirties, he never lost the love--or talent--for conjuring characters and stories to stimulate his readers' hearts and minds.

During the early years of what would become a highly successful career in commercial real estate career, in the late 1970's, on what could almost be called a whim, he accepted a short story writing contest challenge sponsored by the Philadelphia Enquirer.

After finding initial success as a first-time writer,under the pseudonym, Mark Richard--ultimately placing 1st and 2nd on numerous occasions--his work appeared in several publications in the City of Brotherly Love.
​
Although an extensive search for copies of these early works has to-date proven unsuccessful, his fans remain optimistic that some of these stories will reappear, and characters created over 40 years ago will at some point in time come back to life in another tale.
​Donahue Literary Properties LLC, 2014--2021, all rights reserved.
Contents of this site including text and media may not be reproduced without prior written consent.
​Audio and video elements of this site are property of their respective owners and are used with permission.
Any views, opinions, or information contained in articles or links to articles and other websites posted on this site by third party author(s) are solely those of the author(s) and do not necessarily represent those of this website.