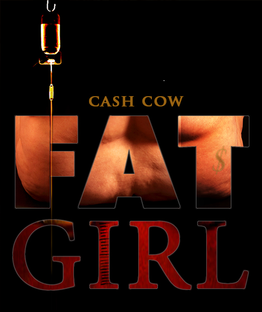 Her widowed mother, Elaine, spends a small fortune on doctors trying to gain control of Sara’s weight. Nothing works. When Elaine discovers she’s terminally ill, she decides that after her death, someone will need to take care of Sara 24/7.

Someone motivated who can also manage the $100 million estate Sara will inherit. She decides a young estate attorney from Chicago, Brandon Parrish, would work out just fine. Elaine also has other plans for Brandon.

When first approached with the scheme Brandon scoffs at the idea—until he learns for every year Sara lives a $250,000 annual stipend will be paid, with a $1 million bonus on each 4th year anniversary of Sara’s life.

Taking the deal, he enlists the help of a former frat brother, now a physician, and together they come up with a comprehensive medical plan to keep Sara alive--it’s called a coma. It works.
Sara lives—and loses weight. She transforms from an amorphous mound of flesh into a human being, into an attractive woman who, aided by plastic surgery and an unlimited wardrobe budget, becomes a stunning woman.

Brandon falls in love with the woman in the coma, and when Sara awakens 10 years later, she remembers dreams of someone coming to her in the darkness. She can feel a touch--the pain.
But are they dreams?
​
When she learns the truth she has plans of her own.
​