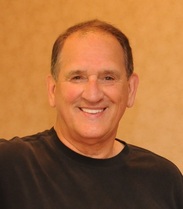 ﻿﻿Mark grew up in Dayton, Ohio, and graduated from Wright State University with degrees in Social Studies and History with a Minor in Speech.  He has lived in Philadelphia, Chicago, Ft. Lauderdale, and L.A.  He currently resides in Dayton with wife Marsha, their two dogs, Carly and Mika, and Ruler of the House, Rocky the Cat.

As talented as Mark is at writing, he also enjoyed a thirty year career in commercial real estate with CBRE, having served as a member of that international firm’s Operation Management Board and then President/CEO of Prudential CRES Commercial Real Estate Services.

Turning full time to writing in 2009, Mark formed Donahue Literary Properties, LLC, and wrote the novel Last at Bat (published 2009).  He has also written nine screenplays: Last at Bat, Golden Reich, Fat Girl, War College, STATS, Call Me Jesse, Answer Man, New York Dirt, and Second Serve.  Each of these scripts are based on novels written by Mark and will be published over the next several years.﻿﻿ 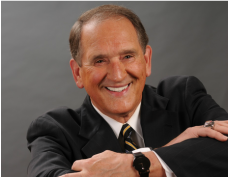 Mark’s extensive public speaking experience includes presentations to President Clinton, Vice President Gore, members of Congress, including the Building and Infrastructure Committee which oversees the GSA.  Mark was awarded a Certificate of Outstanding Contribution for his successful efforts to “Re-Invent the GSA” under Vice President Al Gore’s Re-Invention Task Force.

The 2016 baseball season marks the 6th consecutive year of the longest running Podcast on the internet.  On Monday nights at 9:00 p.m., from March through the October, Mark and Dave Mitchell co-host the longest running internet radio program in America, “Ohio Baseball Weekly” on Ultimate Sports Talk.  Listen live all summer, and go to the archives at any time to catch up the last three years' broadcasts at the Podcast Archive.

In his spare time, Mark has been a member of 5 Men’s Senior Baseball League World Series Championship teams, plays mediocre tennis, occasionally breaks 80 in golf, can jog three miles slowly with a tail wind, and likes to tool around in his triple-white 1967 GTO Convertible.

​Donahue Literary Properties LLC, 2014--2020, all rights reserved.
Contents of this site including text and media may not be reproduced without prior written consent.
​Audio and video elements of this site are property of their respective owners and are used with permission.
Any views, opinions, or information contained in articles or links to articles and other websites posted on this site by third party author(s) are solely those of the author(s) and do not necessarily represent those of this website.