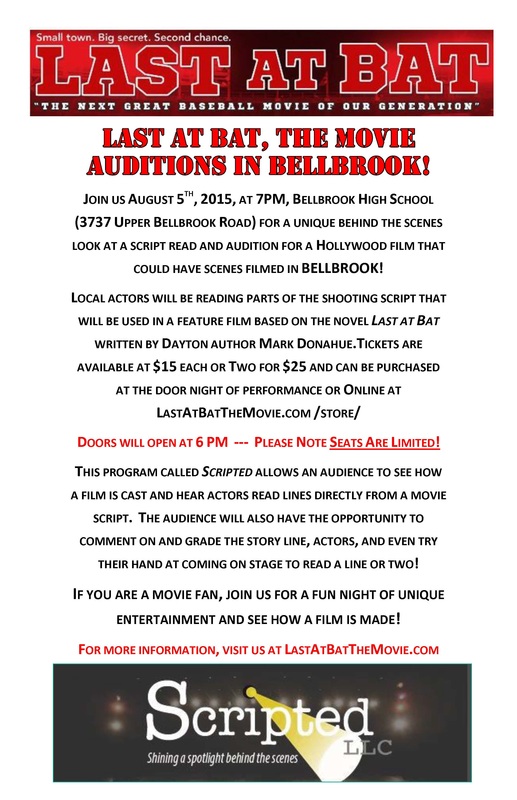 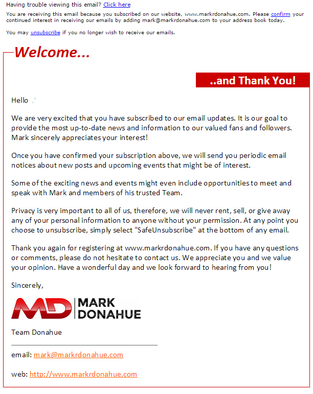 We are pleased to announce that after several months' hiatus, regularly scheduled email updates about Mark, Last at Bat, appearances, book signings and more are available once again!

Get the latest, most up-to-date news and information delivered to your inbox several times a month.  Simply click on this link, fill out the very short form, and start receiving our newsletter--it's that easy!

You can also receive the same type of bulletins regarding Last at Bat, The Movie and The Search for Dylan Michael Crowd Funding Initiative by visiting the Contact page at lastatbatthemovie.com.

Regardless of which newsletter or email form you choose, rest assured we do not, and will never, sell or give your address to outside third parties.

We had to share the review - thank you so much!

"I am a huge baseball fan, having both sons play the game I have an understanding of what it takes. So when I was given the book Last At Bat, by Mark Donahue, I was looking forward to reading it and I wasn't disappointed.

The story of Dylan Micheal and Matt Wolf is one of strength, endurance, passion and love of the game baseball. In the story you will read about men who have all that and the talent to play MLB.   Donahue paints a picture with colorful characters, a strong sense of family and the lengths some will go to for a total stranger, just because it's the right thing to do. A triumph over tragedy story that will leave you with hope in the kindness of others."

An excerpt from the soon to be released...Last at Bat

Matt didn’t say anything. He simply picked up one of the bats and swung it slowly like he had with the piece of wood weeks before. Then he increased the length of the arc of the bat until the air in the room hissed with the power and speed of his swing.
At first, he swung the bat right-handed, but then he effortlessly switched to the left-handed position and swung with the same smoothness and control as the bat sliced through the air like a scythe.

After his final swing, Matt held his follow-through and gazed out the window into the distance as if following the flight of an imaginary ball and hearing the roar of a crowd. At the same time, sunlight streamed into the tool shed, mixed with sawdust in the air, and distorted Matt’s face and body. The result was a golden, shimmering image that appeared ethereal and other worldly.

Transfixed and speechless by what he saw, Sonny was not sure how to react. Finally, it was Matt who said, "Yep, I think I may have played some ball in my day.”

What do we have to look forward to?

When we caught up with Mark, he was putting the finishing touches on his second novel, Golden Reich, Operation Rebirth, slated for publication later this year.  He graciously sat down with us one afternoon to discuss how and why he made the transition from a career in business to author,  why he thinks LAB has enjoyed such universal appeal, and what his fans can expect in the future from this master story teller.

Last At Bat to be Re-Release

We are so excited, Last At Bat will be released and available for purchase on October 1, 2014.  Book purchases can made here and through several other outlets - stay tuned to make sure you get a copy--visit our Store page.

Welcome to our New website. We have a lot of exciting things happening right now.  The Last At Bat book is getting re-published and we are going to also have it available for your Kindle and Nook.  We are also discussing making Last At Bat into a movie.  Stay tuned....


LJ  7/22/2014
​Donahue Literary Properties LLC, 2014--2021, all rights reserved.
Contents of this site including text and media may not be reproduced without prior written consent.
​Audio and video elements of this site are property of their respective owners and are used with permission.
Any views, opinions, or information contained in articles or links to articles and other websites posted on this site by third party author(s) are solely those of the author(s) and do not necessarily represent those of this website.